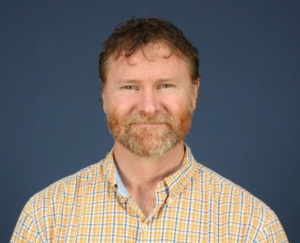 I grew up on the Mississippi Gulf Coast. I attended the University of South Alabama and graduated with a Bachelor’s Degree in Physical Therapy. I worked about 17 years just 30 minutes from where I grew up.

I began doing short term mission trips and met my wife, Katharina, on one of those. About 1 year later we were married and wanted to join the mission field full time which we eventually did in 2008, serving with Mercy Ships. We have been with Mercy Ships since then. I have had many roles, none of which were medical, and currently serve as a Staff Member for our On Boarding School. Katharina is no longer volunteering with Mercy Ships. She is currently Substitute Teaching in the Van ISD as our girls are getting older. We have been blessed with three daughters, Miriam (16), Betty Lou (12) and Lyla (9).

I have known Jesus as Savior for most of my life. I call that fire insurance. It was not until my 2nd failed engagement, over a 10 year period, that I realized everything I touched turned into crap.

That is when I realized I needed Jesus to Lord and Savior. There is a big difference between saying you are a Christian and actually following Jesus. It was a few years after that when I met Katharina.

I have been in great financial debt 3 times in my life and the Lord guided me out of those by giving more away than I have ever did and living frugally. The first two times was arrogance and being out of God’s will and the third had to do with circumstances outside of my control. The Lord has guided Katharina and me to make more Kingdom Principled decisions and we have managed to stay out of debt.

My church background started as a Southern Baptist. Then during College I enjoyed being Methodist, then I briefly attended a Catholic Church, then a Non-denominational Church. The point of that grammatically incorrect long run-on sentence is to state I am a religious mutt. We have found a home at CCF and look forward to growing where the Lord has planted us.

Movie: Willow. It is corny to watch it now but I love the theme

Time of Day: When I am with my family

Season: All of them have things that I like and dislike.

Place in the World: Honestly any place where my family is becomes my favorite place. Physical Land mass would be New Zealand.

Scripture: John 16: 13 – 14. 13 But when he, the Spirit of truth, comes, he will guide you into all the truth. He will not speak on his own; he will speak only what he hears, and he will tell you what is yet to come. 14 He will glorify me because it is from me that he will receive what he will make known to you.

Saying: “Now that is what I am talking about”

Hobbies: Rock climbing, Surfing (neither of which I get to do now), gardening but my greatest hobby is my family. This is where I get energized.