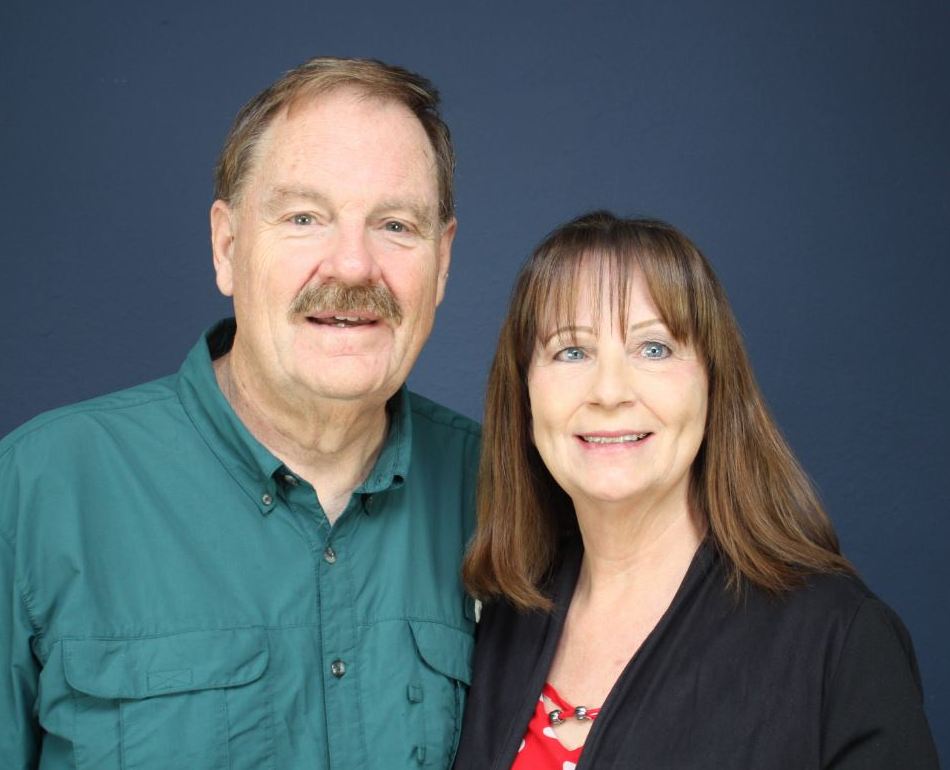 Bruce: I was born and raised in Tyler, Texas. I have lived in Tyler all my life except for the six years that I served in the US Air Force.  After attending TJC and UT Tyler I received a BBA degree in accounting which led to a Certified Public Accountant certificate in 1990.  In 1992, I went to work for the US Department of Justice as a bankruptcy analyst for the Office of the US Trustee and retired from the government at the end of 2015.

Sandy: I am a native Texan.  I became a Christian as an adult and Jesus became my first love!  He opened doors for me to work with children in church and as a Teacher Assistant for ten years.  Then I went to college for a Science with Physical Therapy degree, working five years in various Therapy settings and 20 years “as a calling” in Home Health Therapy, retiring in 2018 after an injury.

I had opportunities to be a part of Children’s Ministries ages ranging from nursery and toddler’s director for five years, as well as other preschool positions.  Children have a special place in my heart and I enjoy seeing the love of Jesus through them as they are on their journey of coming to know HIM!

I have raised two sons and two daughters and I have nine grandchildren. I feel so blessed to be married to Bruce, a very patient and kind man.  I am so thankful that God led us to CCF to be a part of and serve in the most special church that I have ever attended.

In the past two years I have served in the nursery and toddler’s ministry and it has been a privilege to work with and alongside a selfless group of teachers and volunteers.

We are honored to now serve as Coordinators of the Volunteers of Children Safety Team, with a mission to protect every baby, child, teacher and volunteer.